After completing three days of the Amazing Race and five days of training at Malenovice, tonight our JV summer interns were commissioned for their summer of service across twelve of the countries where JV has ministry.

Dave finished teaching through the book of Ephesians tonight, and then different JV staff members came forward to pray over each team.


I was actually thinking of you, those who read my blog, as we were praying. I wanted to capture for you the scope of what an evening like this feels like.


As different members of our JV team came forward, like Vahur, country leader of Estonia, praying for Team Croatia, I thought how powerful it is to be united into one team through prayer. 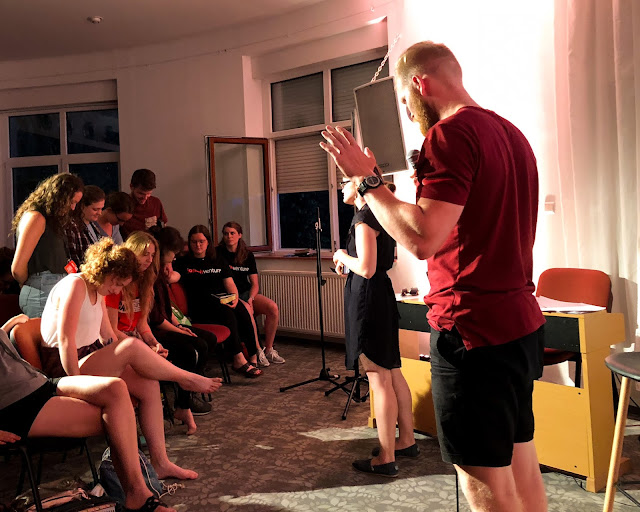 Listening to Kat'a from Czech, pray in her language for her country on behalf of the intern team who will serve here, I couldn't help but think how the Lord wants to hear these prayers and answer them! 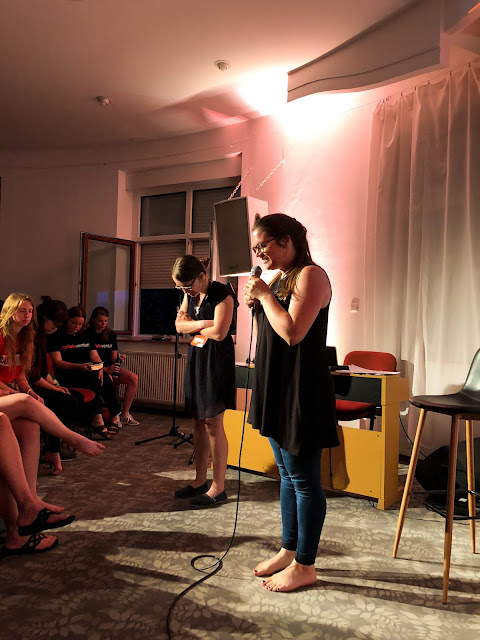 These teams are not just going to countries in Europe, but to the battlefield where they will fight not against flesh and blood, but against rulers, authorities, powers of this dark work and against the spiritual forces of evil in the heavenly realms. 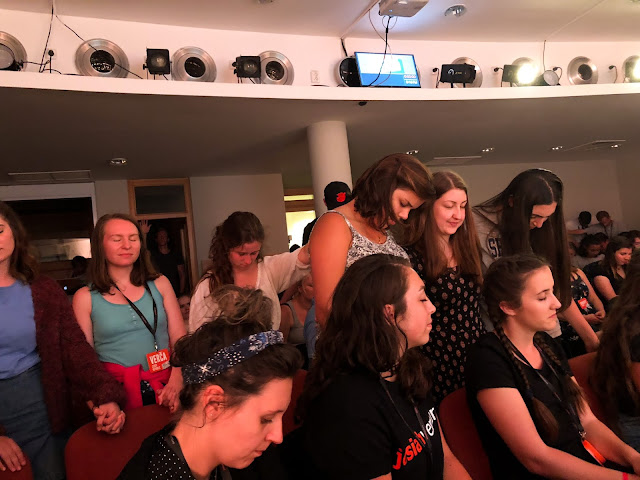 These 109 faithful servants of God must put on the armor of God and be prepared to take their stand against the enemy as they battle for souls to be won into the Kingdom of God. 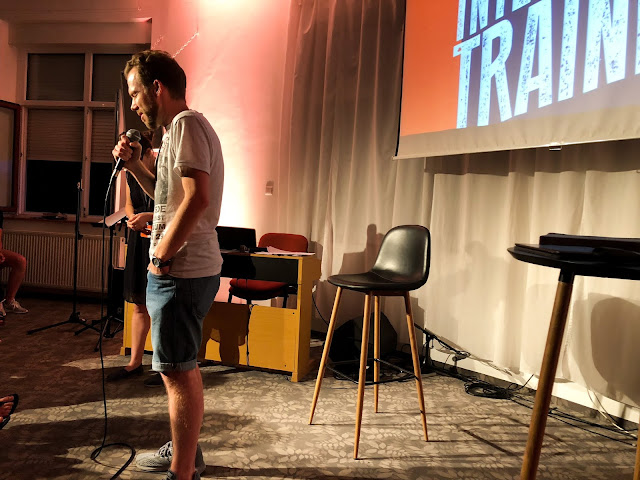 Chris, serving in Ukraine, prayed for our Communication Team interns, that God will give them eyes to see and wisdom to communicate what He is doing across this region. 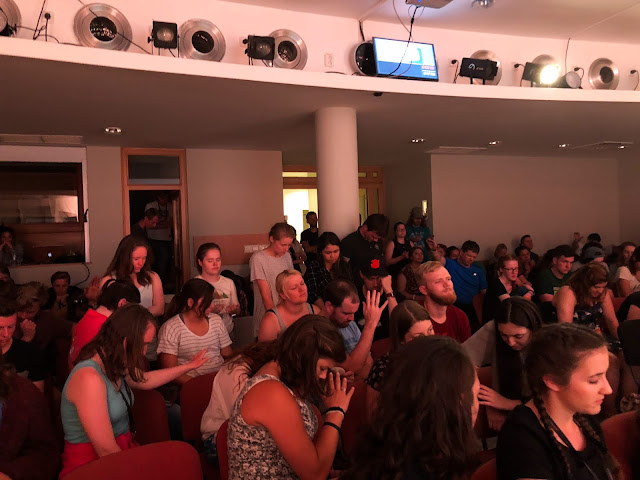 Bia, a Brazilian serving with her Romanian husband in Romania, prayed for Estonia, a country that is tied with Czech for being the most atheistic. 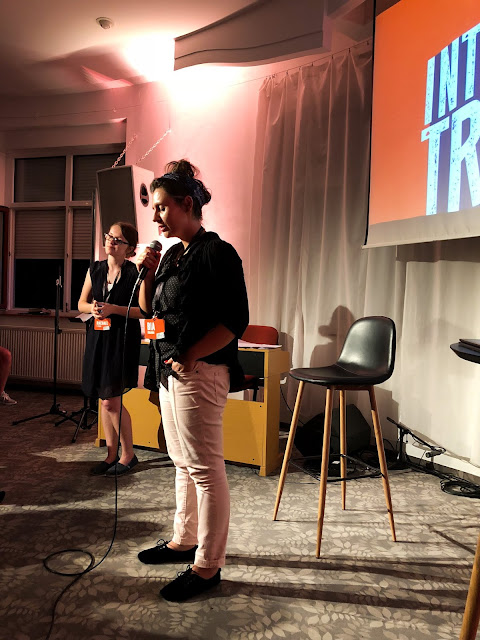 She asked God to do more than we can imagine in changing lives in Estonia this summer. We long to see a movement of God that is only explainable by him!


Katka, a Czech serving in Latvia, prayed for the Fusion International Team. 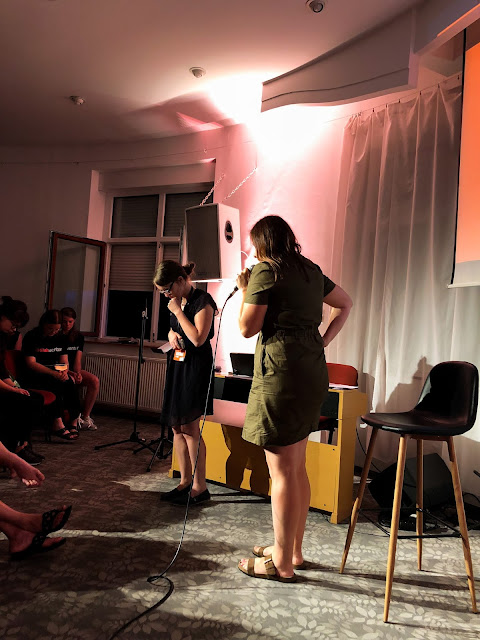 She prayed that God would unite their hearts and make them mighty warriors to do God's work across Europe this summer. 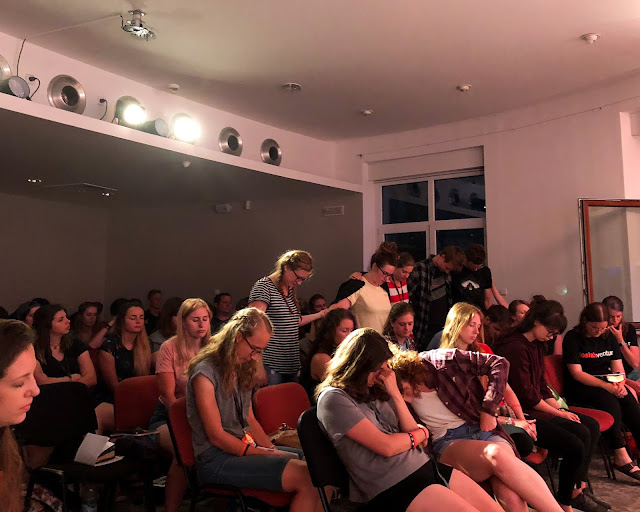 Kelly, an American serving on our Poland team, prayed for Germany. 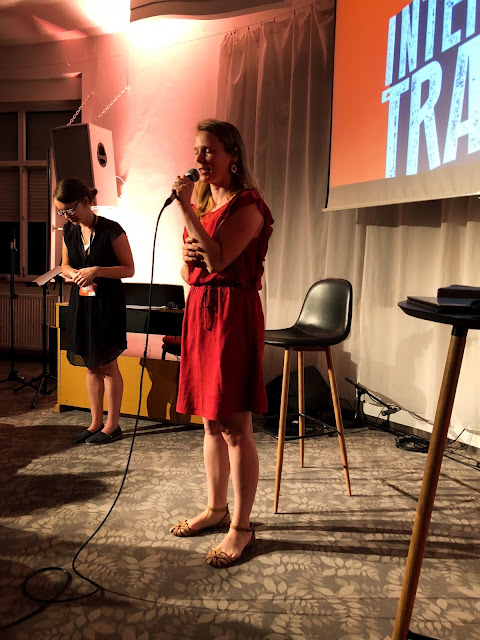 For three years now we've been praying that God would send more workers to this harvest field, and he did this summer! Five interns will serve in Germany, sharing the Gospel and giving themselves to the young people there on God's behalf. 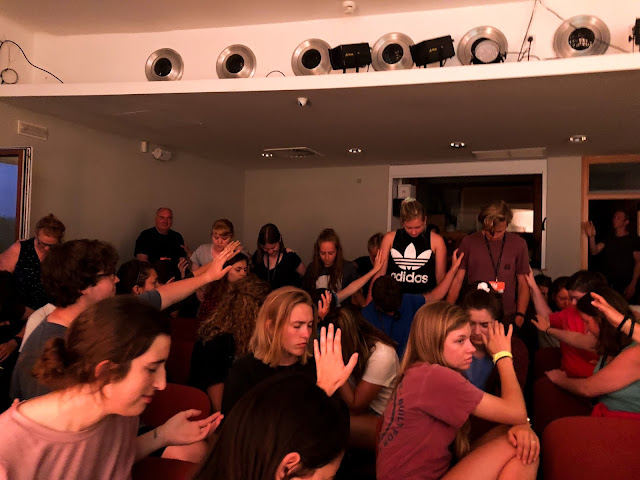 Evan, an American serving in Croatia, prayed for Hungary. 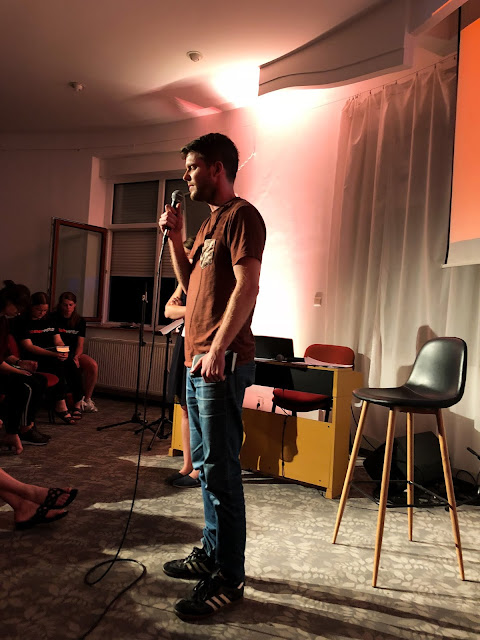 He prayed that many students would come to camp this summer and hear the Gospel, and respond! 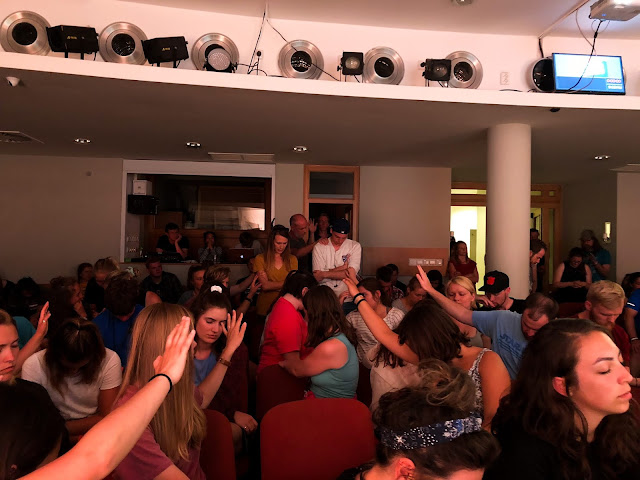 Jim, serving in Germany, prayed for our Latvia team. 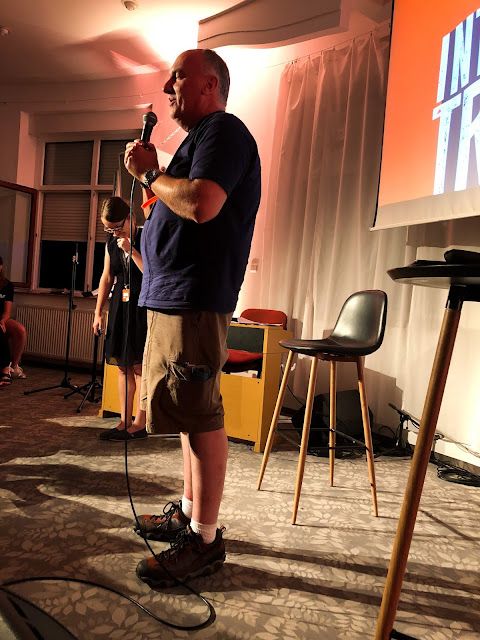 They have the largest group of interns ever serving there this summer. He prayed that God's movement would sweep the country through them. 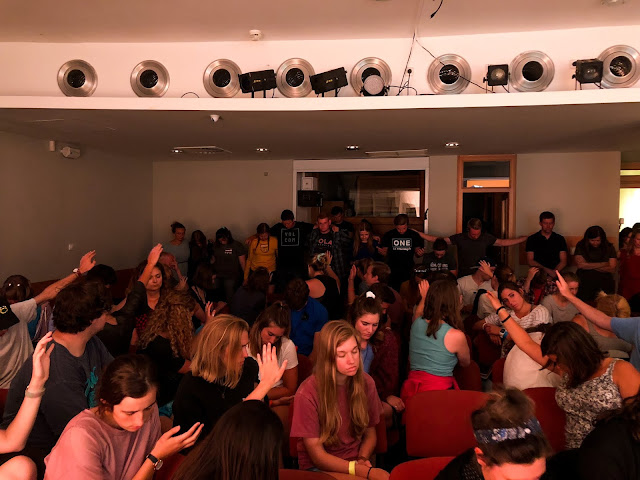 Jess, who just arrived on the field to serve in Czech, prayed for the interns who will be in Poland this summer. 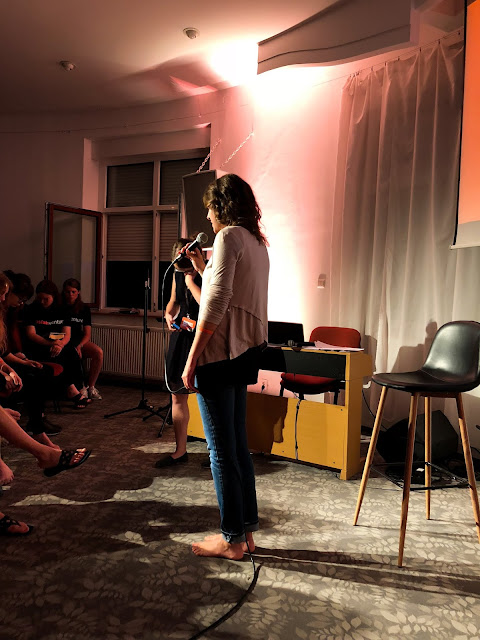 She prayed that a country so full of knowledge about God, thanks to their Catholic roots, would combine that with a personal relationship with Jesus Christ to be powerful witnesses to the mighty power of God. 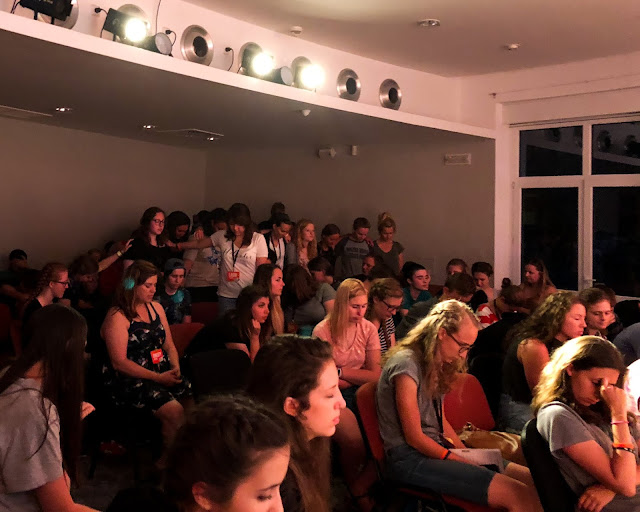 Jessica, serving in Hungary, had the privilege of praying for our first interns ever to Romania! 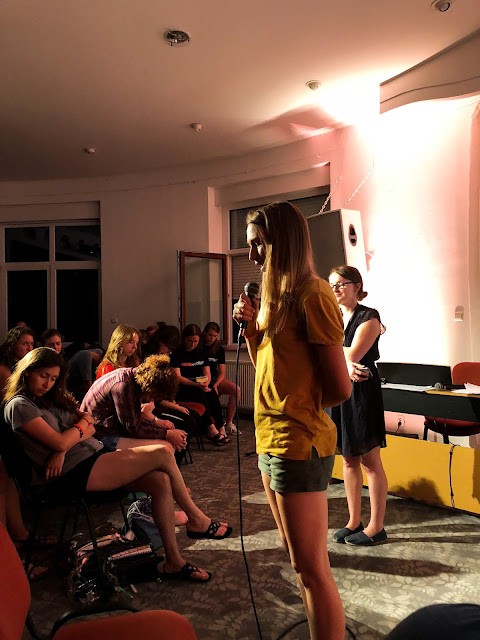 These three, along with Bia and her husband, will serve at SEVEN camps this summer, bringing the Good News of Jesus to Romanian young people. 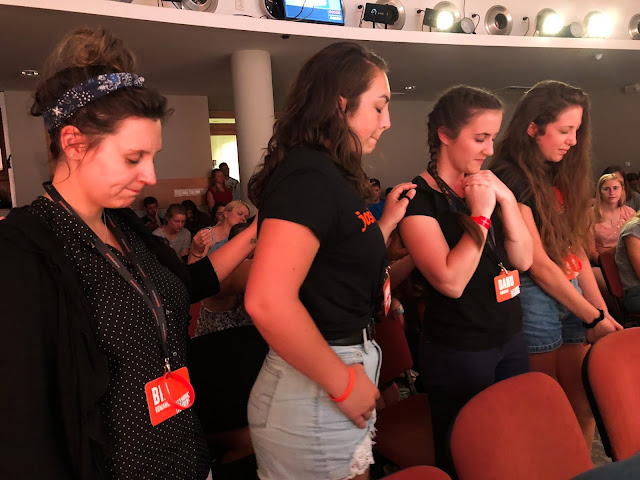 Lina, serving in Germany, prayed over our interns who will be serving in Slovakia. 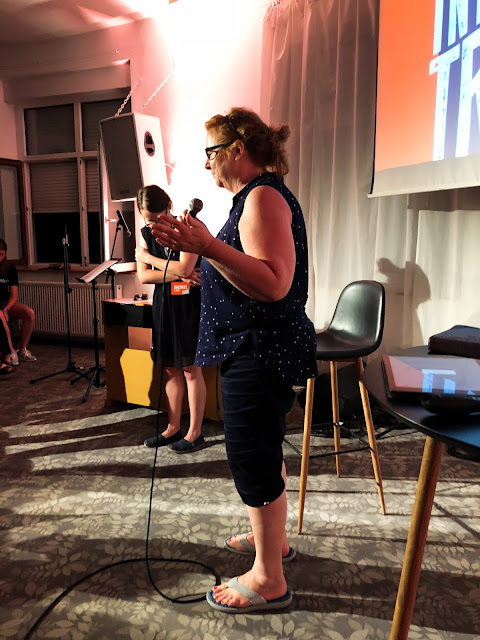 Divided up into several teams, they will serve at English and Fusion camps across the country. 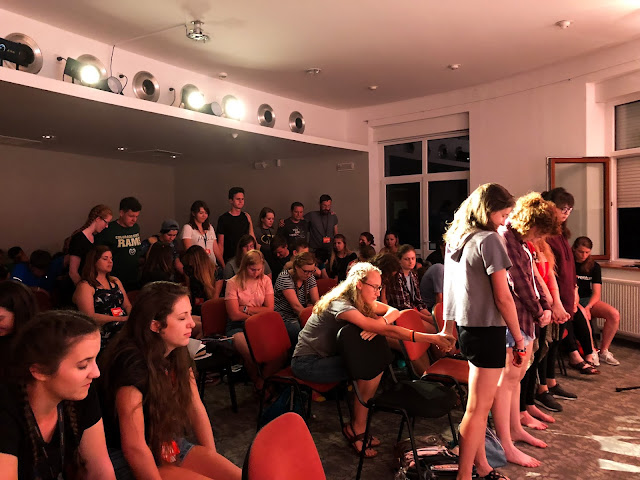 Jonathan, who serves here in Czech, prayed for Team Slovenia. 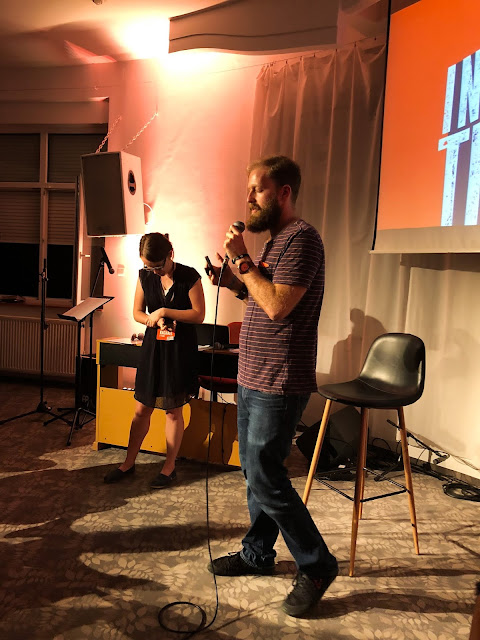 After praying for God's power to flow through them, for students to sign up for camps, and for many to put their faith in him this summer, he prayed a passage of Scripture, in Slovenian (he doesn't speak it but he learned it!) for the Slovenes serving in their own country. It was a powerful moment. 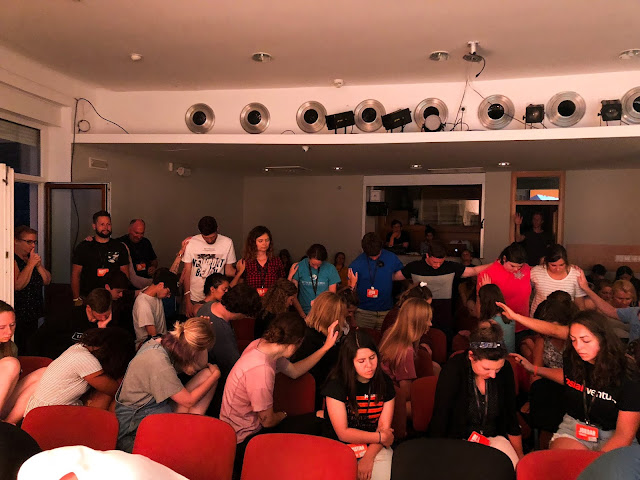 And finally, Matt who serves in Slovenia, prayed for our Ukraine team who are also divided up into multiple teams who will serve across that country this summer at many camps. 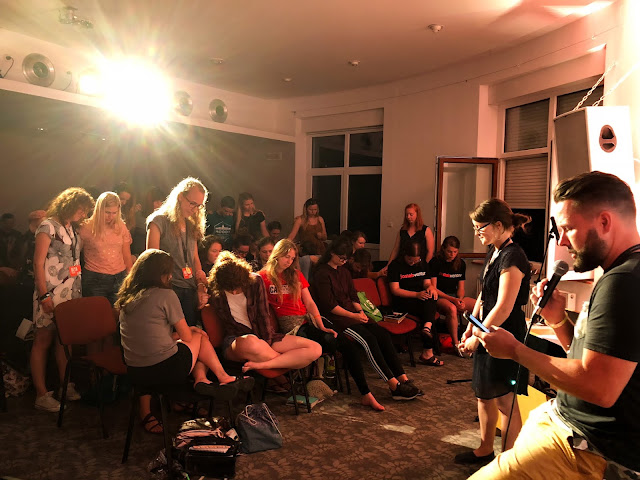 I hope you feel the power of prayer as it pounded into the spiritual forces, believing God to move, act, save and redeem many here in Central and Eastern Europe this summer. It almost felt like the ground was shaking as those prayers were being prayed in faith, believing that not only does God want to save many this summer, but that he WILL!

We ended with words of commissioning by Rachael, our JV intern director, who then turned it over to another staff member to lead in a time of Communion. 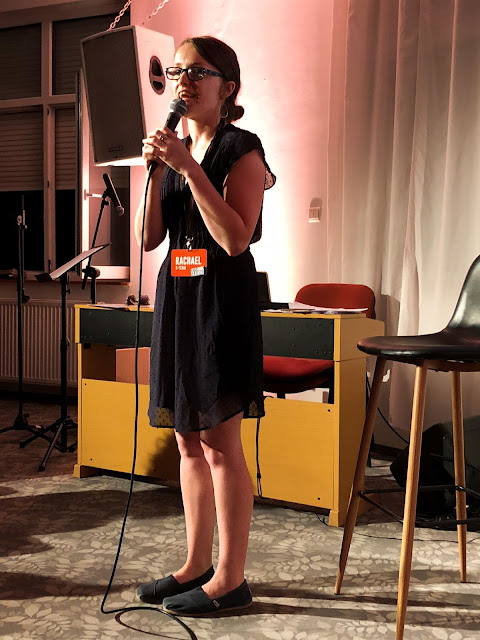 While all the teams went off to find quiet spaces in the hotel where they could celebrate the Lord's Supper, those of us serving here in Czech on the International Team, gathered as well for a very moving time of remembering what Jesus did for us on the cross.


I CANNOT WAIT to hear how God uses these interns and our JV staff to share their lives and the Gospel this summer, and to hear of the fruit of these mighty prayers prayed on their behalf.

Join us in asking God for a fruitful harvest of new believers this summer, who will not only pray prayers of salvation, but who will go on to lead lives of love and service for the Lord, that many more might hear the message and be saved.
Posted by Living By Lysa at 10:00 PM